Same attack of the bow:
The conductor should be aware of the same position of the bow by every player. 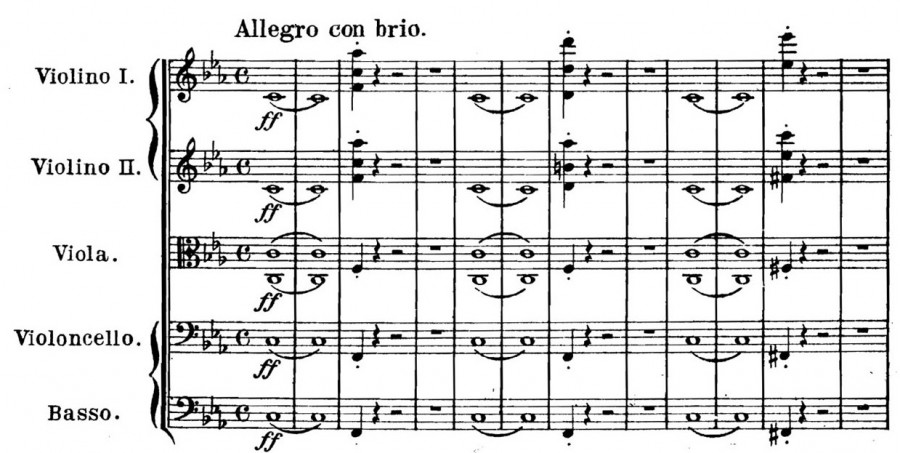 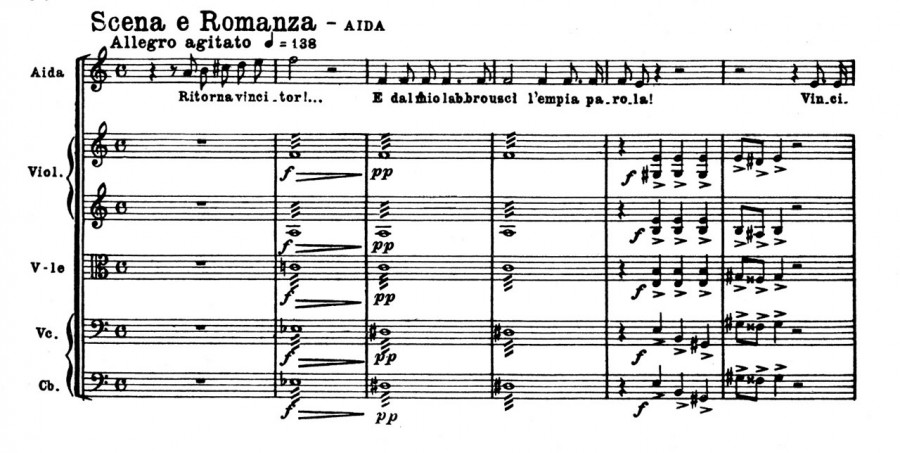 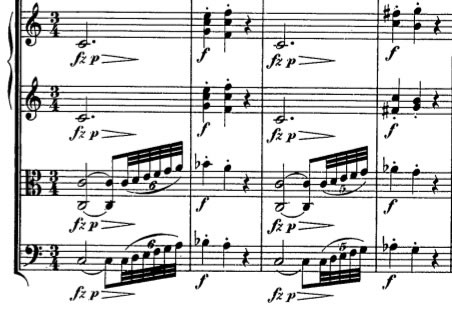 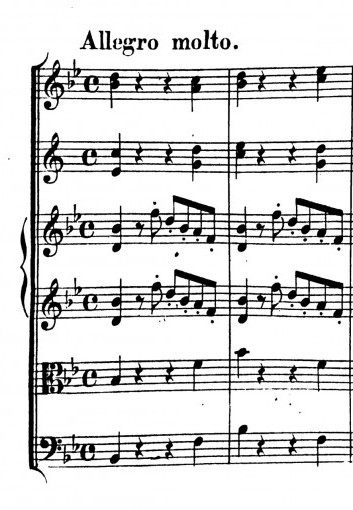 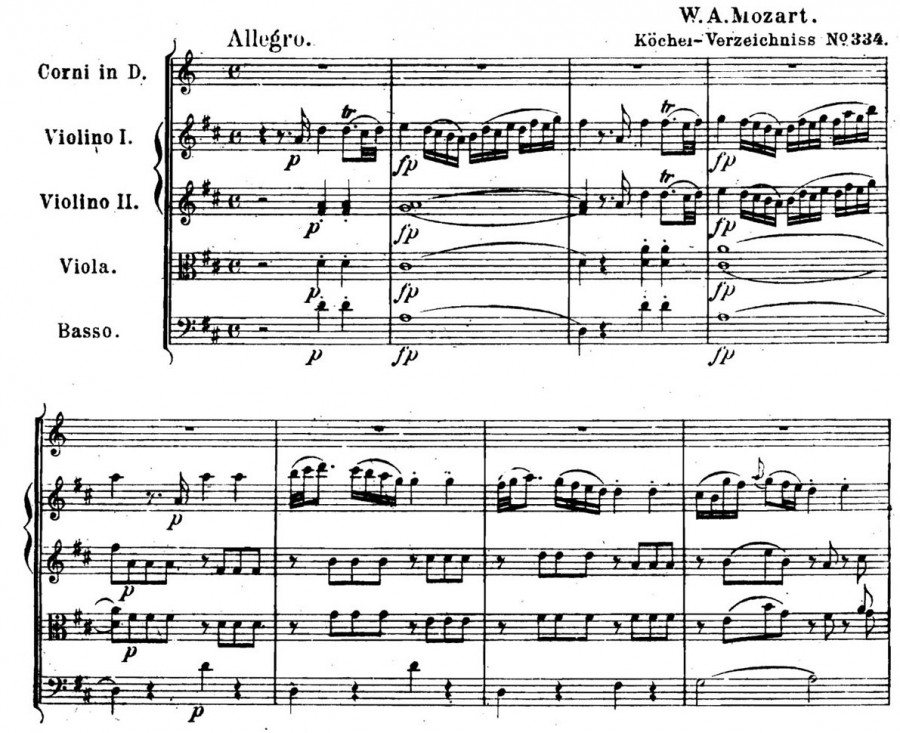 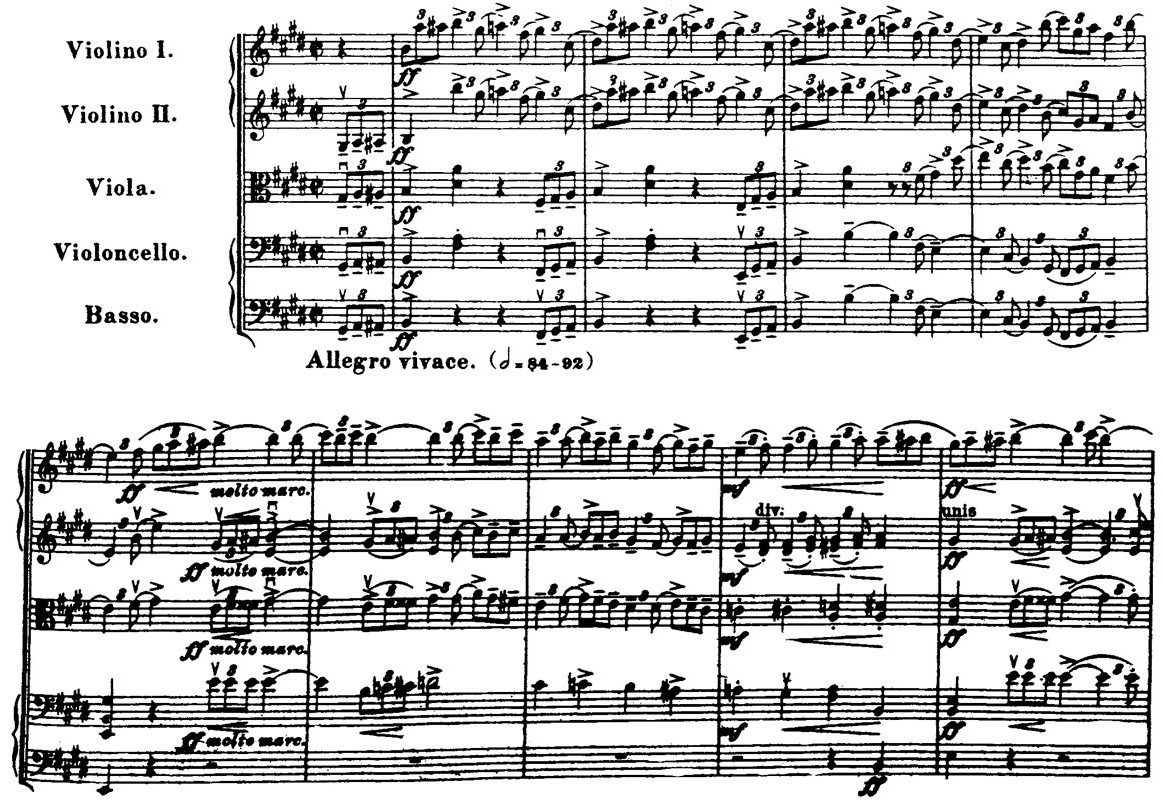 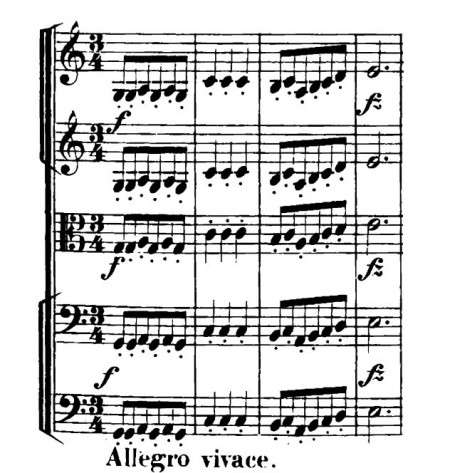 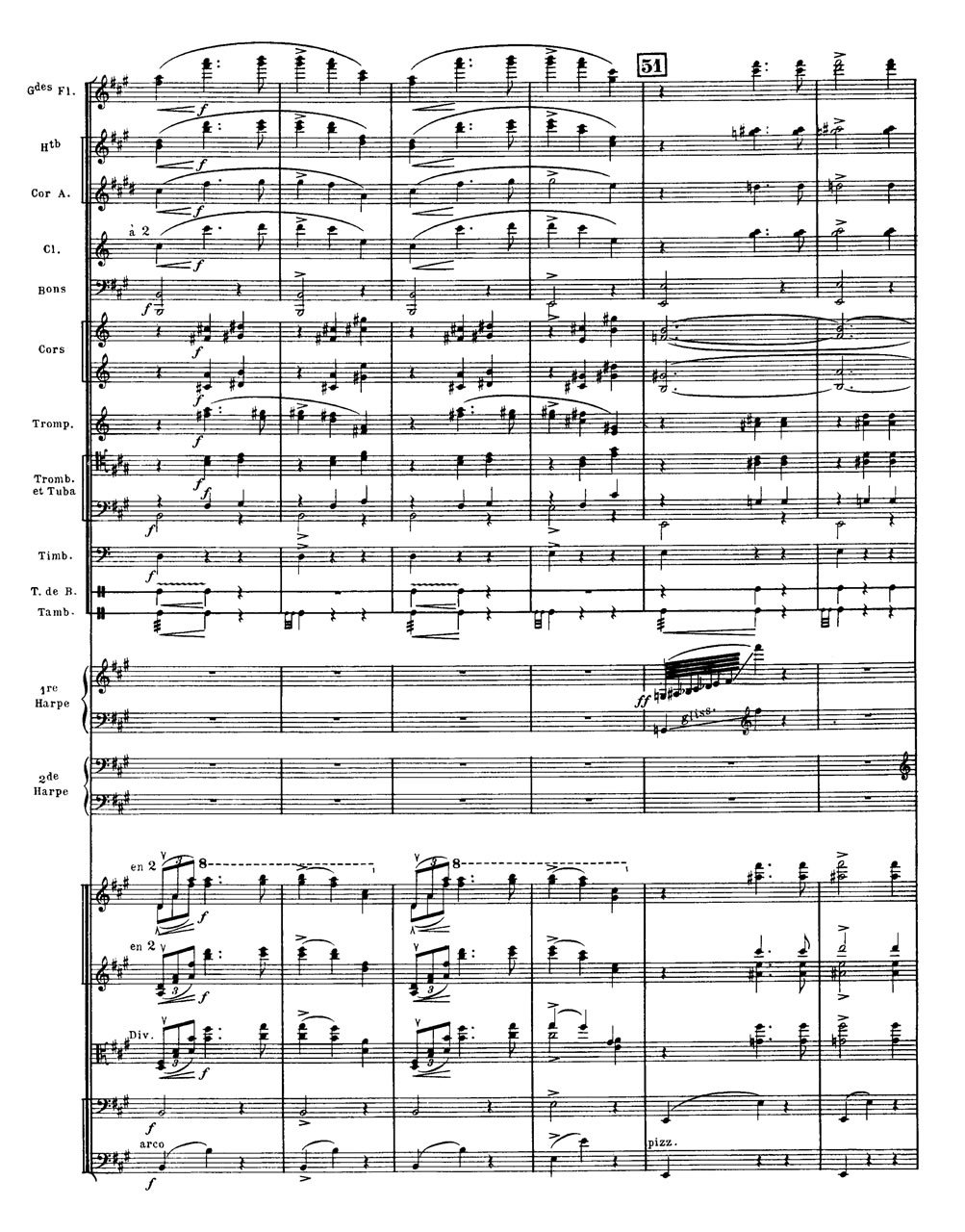 Prokofiev: 5th symphony:
The first violins should play this section with little bow in ordert to be together with the pizzicati of  the lower string section 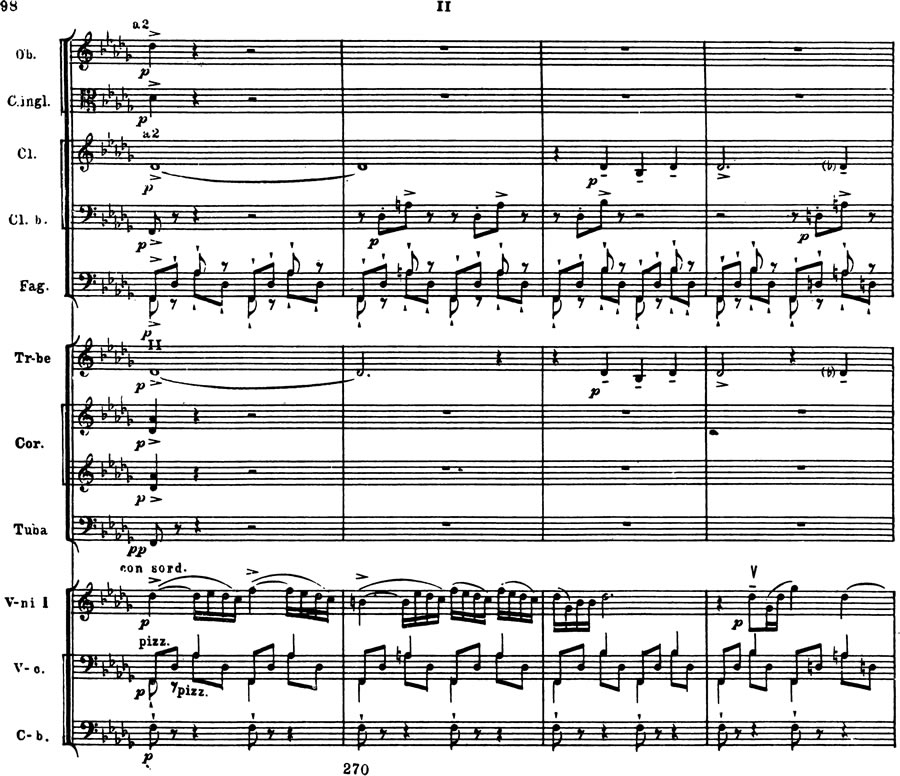 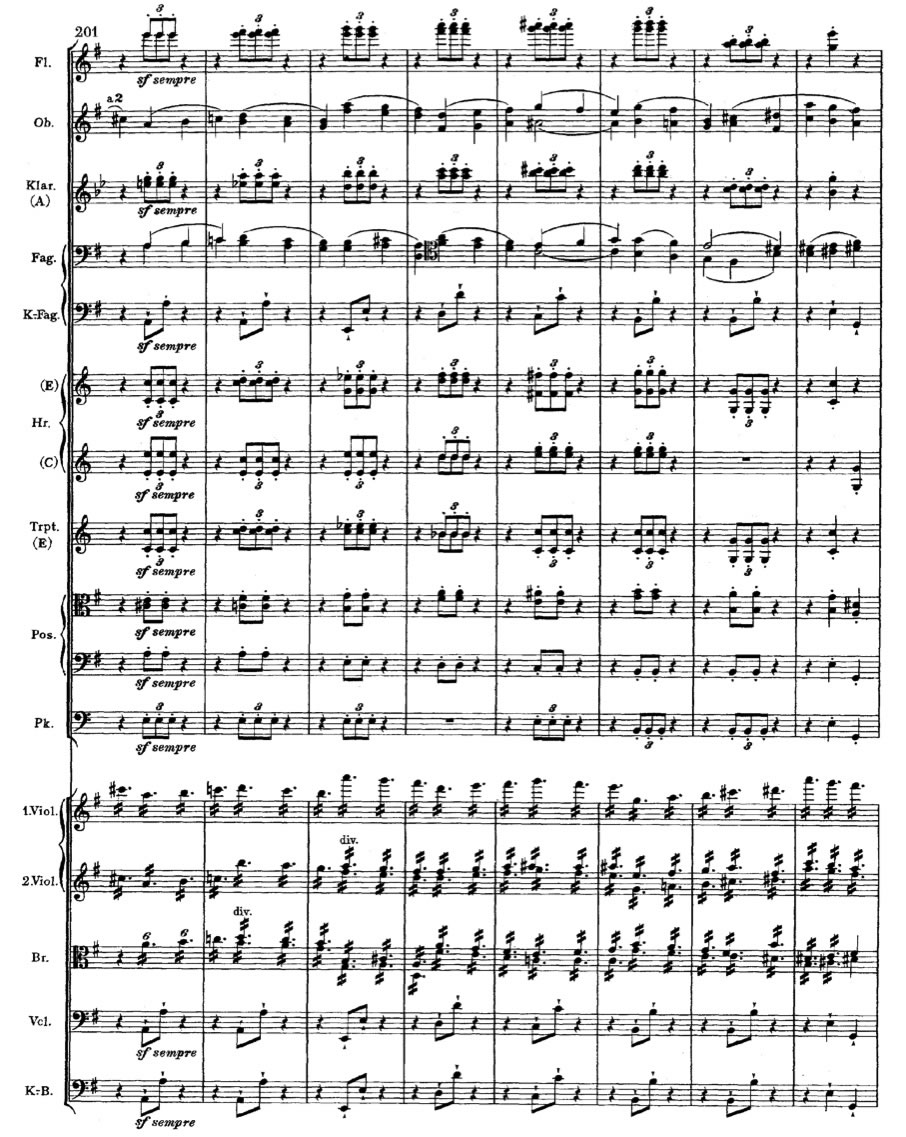 Schubert: Symphony no.9 3rd movement
This is a typical example to show how important the intonation in the bass-lines is, they build the harmonic fundament of the orchestra 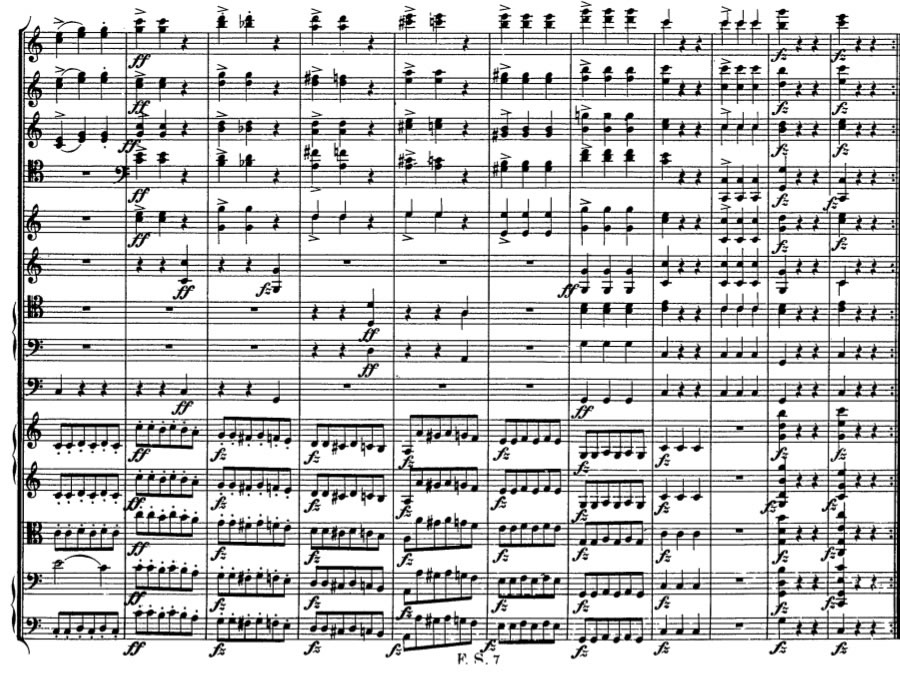 Verdi Otello: 4th act: The conductor should be aware of  the intonation in the double-basses 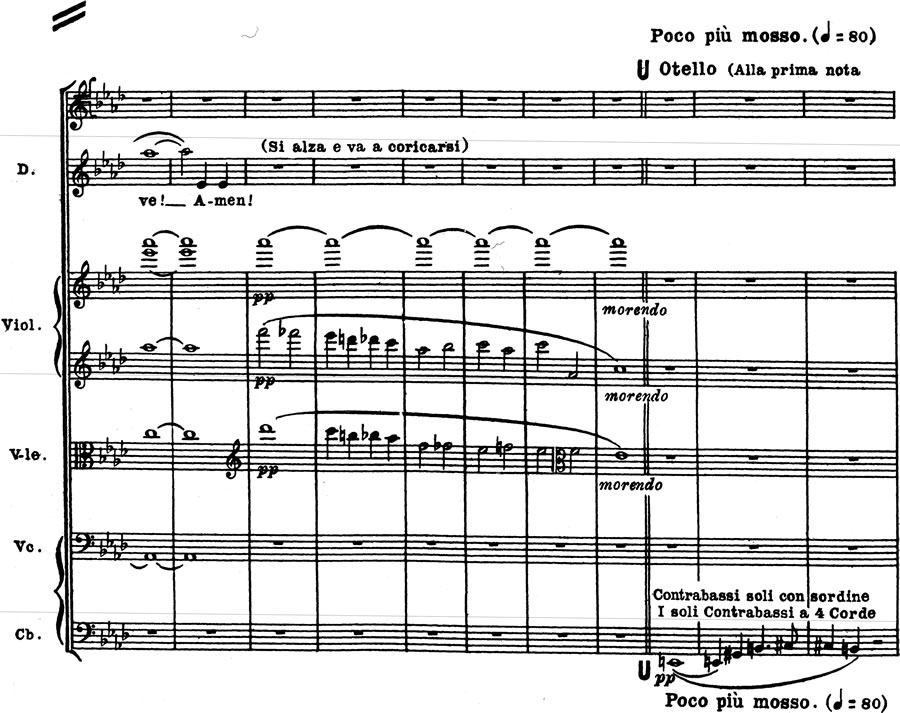 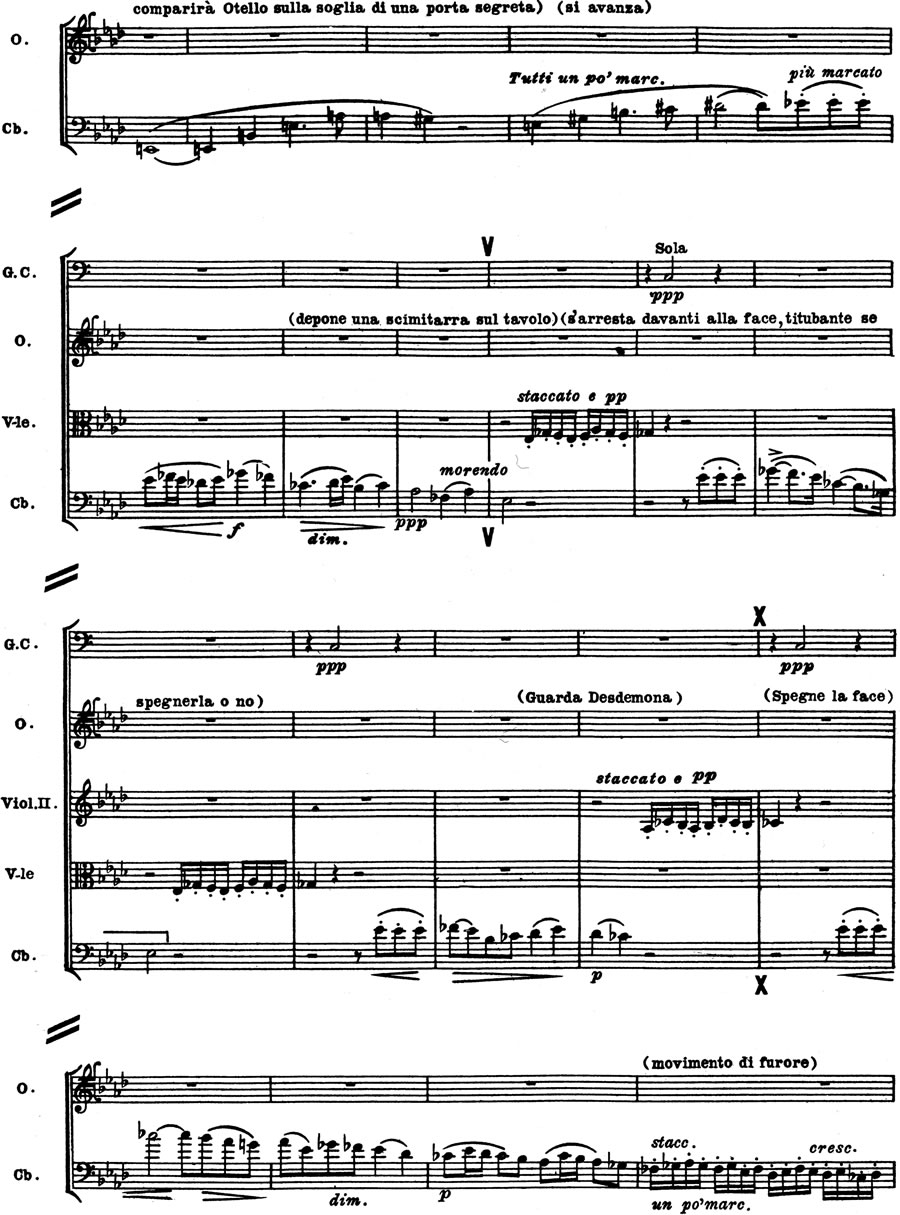 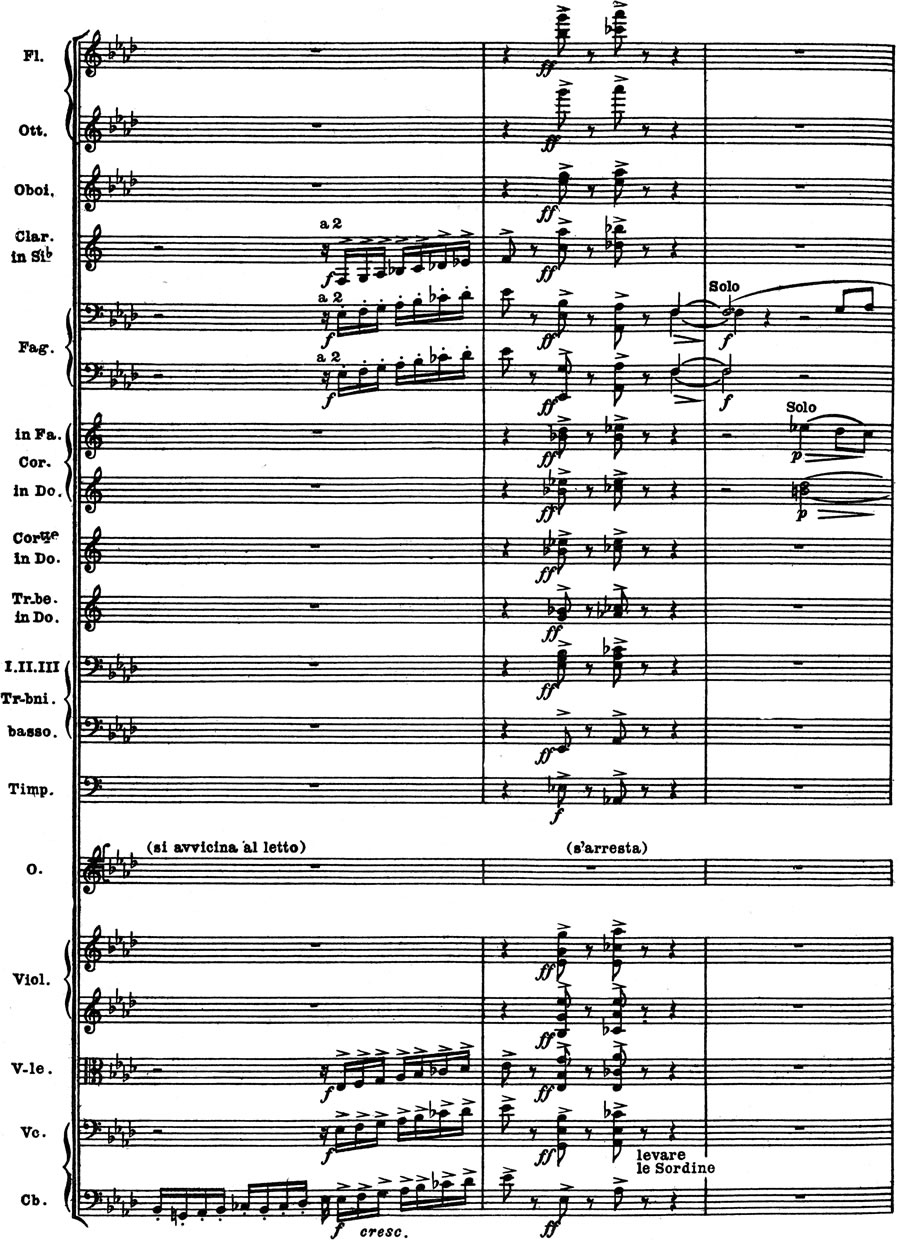 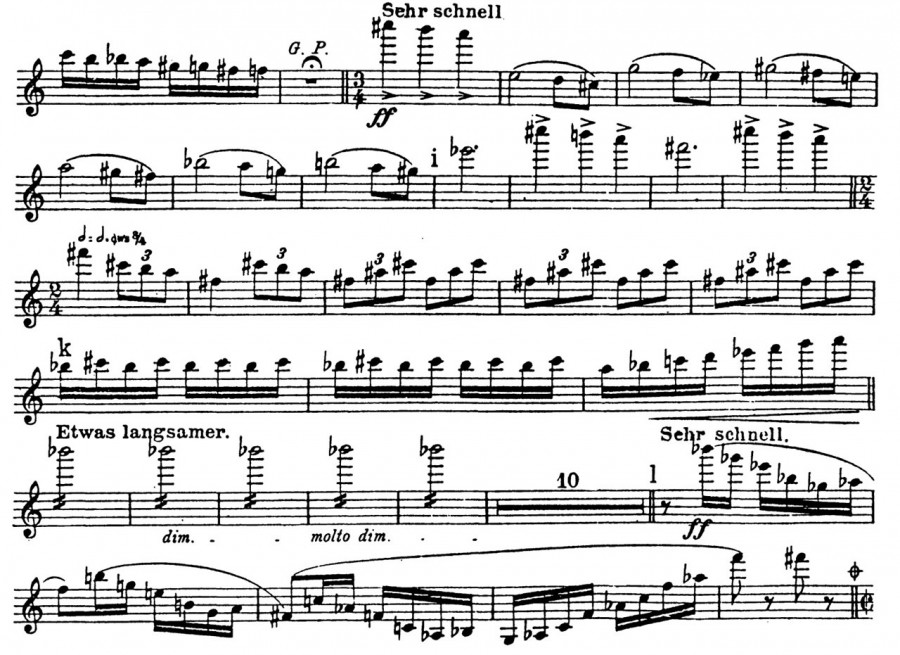 Schumann: Symphony no.2 - Scherzo
This is a very uncomfortable section to play and it has to be rehearsed carefully 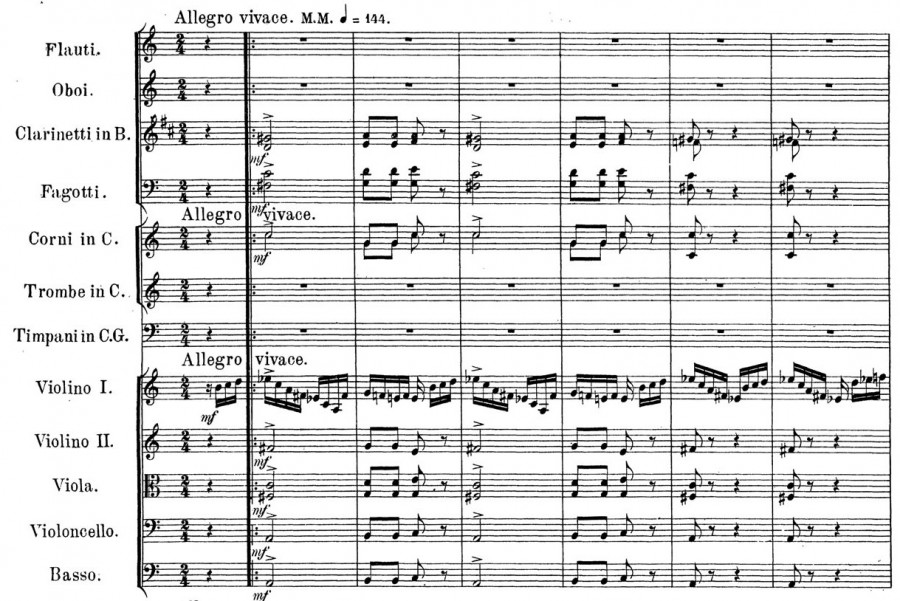 Intonation in the second violin-section and the viola

Verdi Otello: 4th act: The conductor should be aware of  the intonation in the second violin and viola

Typical corners of ensemble in the String Section

Mozart: Don Giovanni: bar 56:  the violins should cut the “a” in order to put perfectly in time on the g# 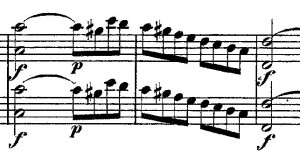 Schumann 4th Symphony:  Introduction 4th movement: the strings should have the semi-quavers already  mentally prepared before they start to play 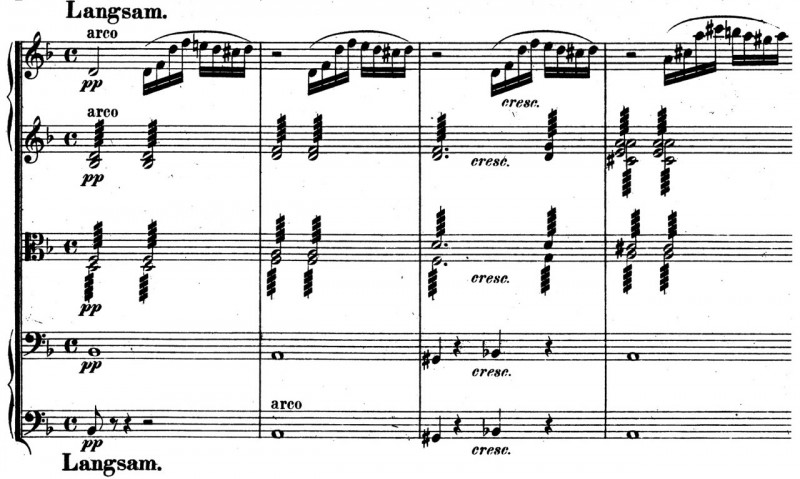 Verdi: “A Masked Ball” End of Ulricas aria first violin, second violin, viola: the mentioned section shouldn’t play the slurred quaver in order to be together and in time on the following note. 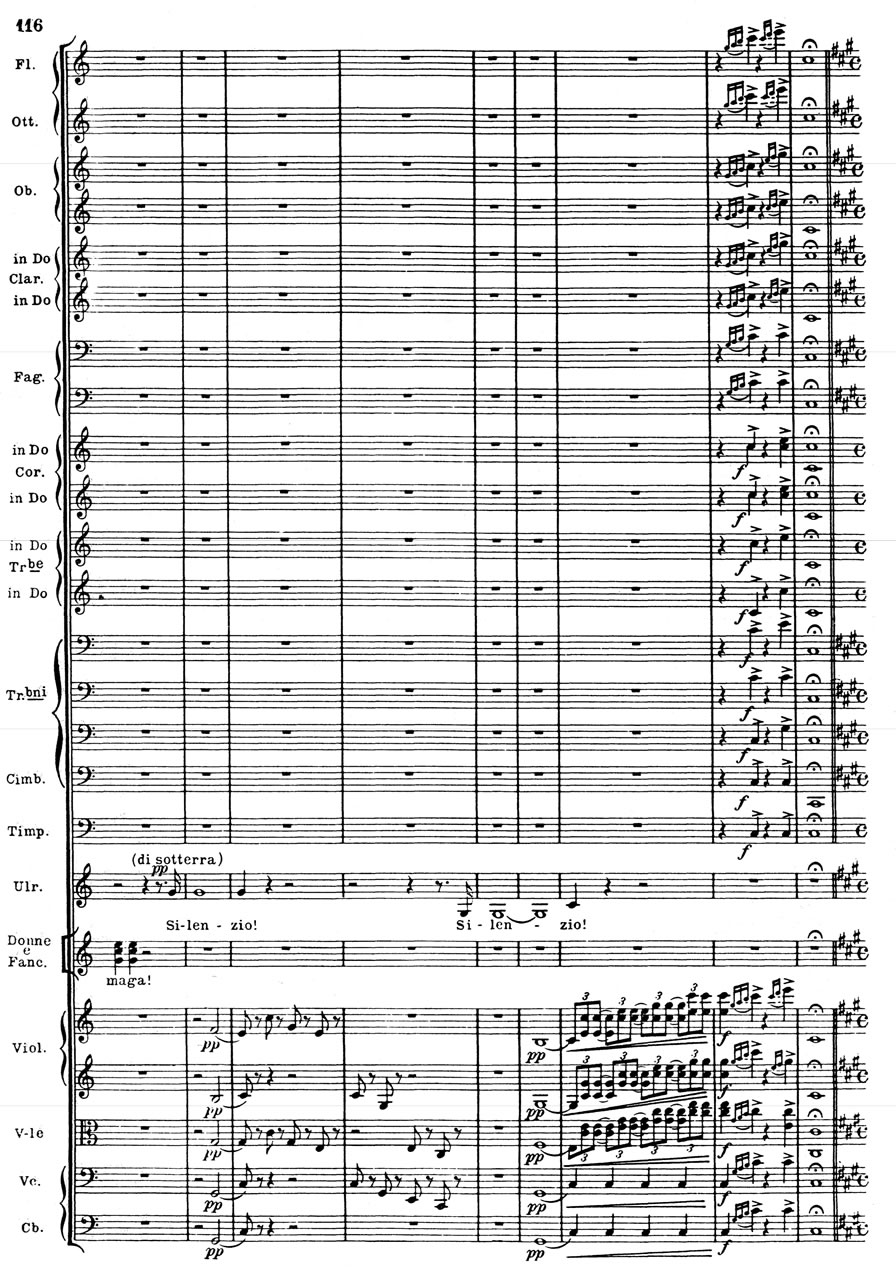 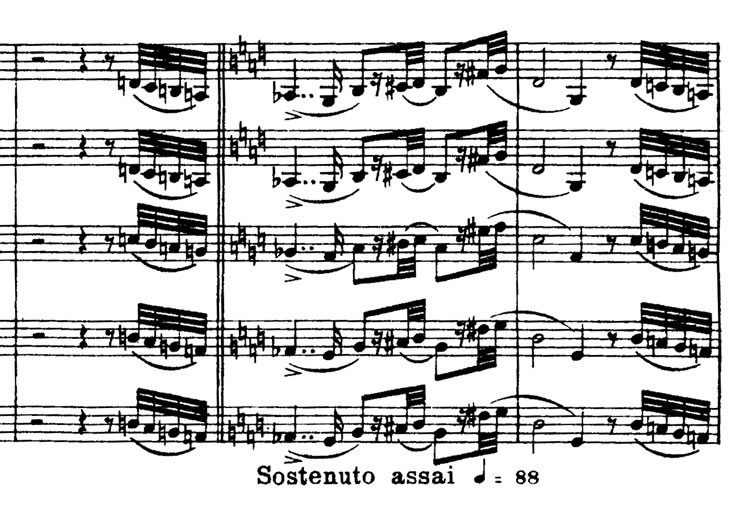 Prokofiev: “Symphony Classique”: 1st  movement:  the tempo should be strongly respected, otherwise the tendency is to rush. 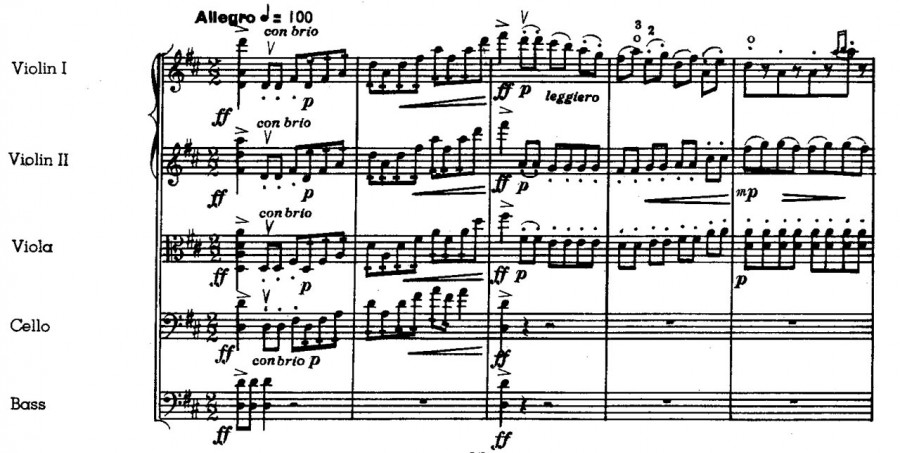 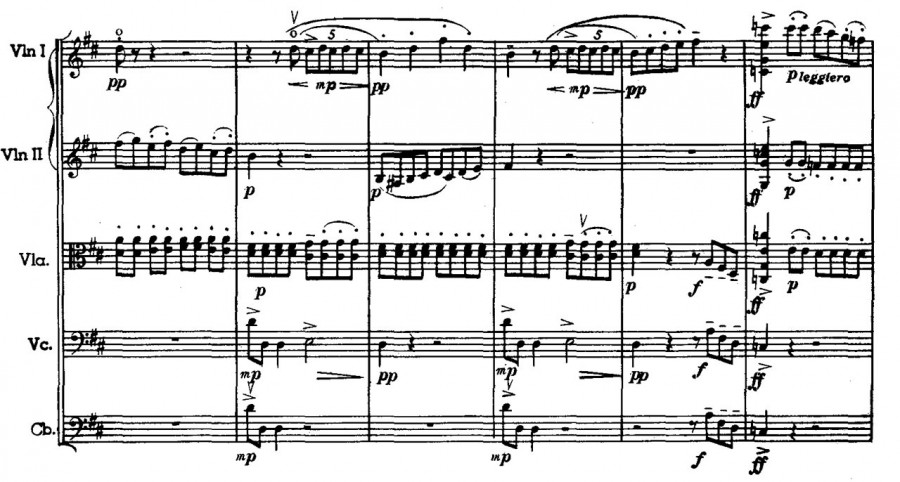 Prokofiev: 7th Symphony 4th movement beginning (the strings must have the same articulation, same place of bow with the same pressure on the string) 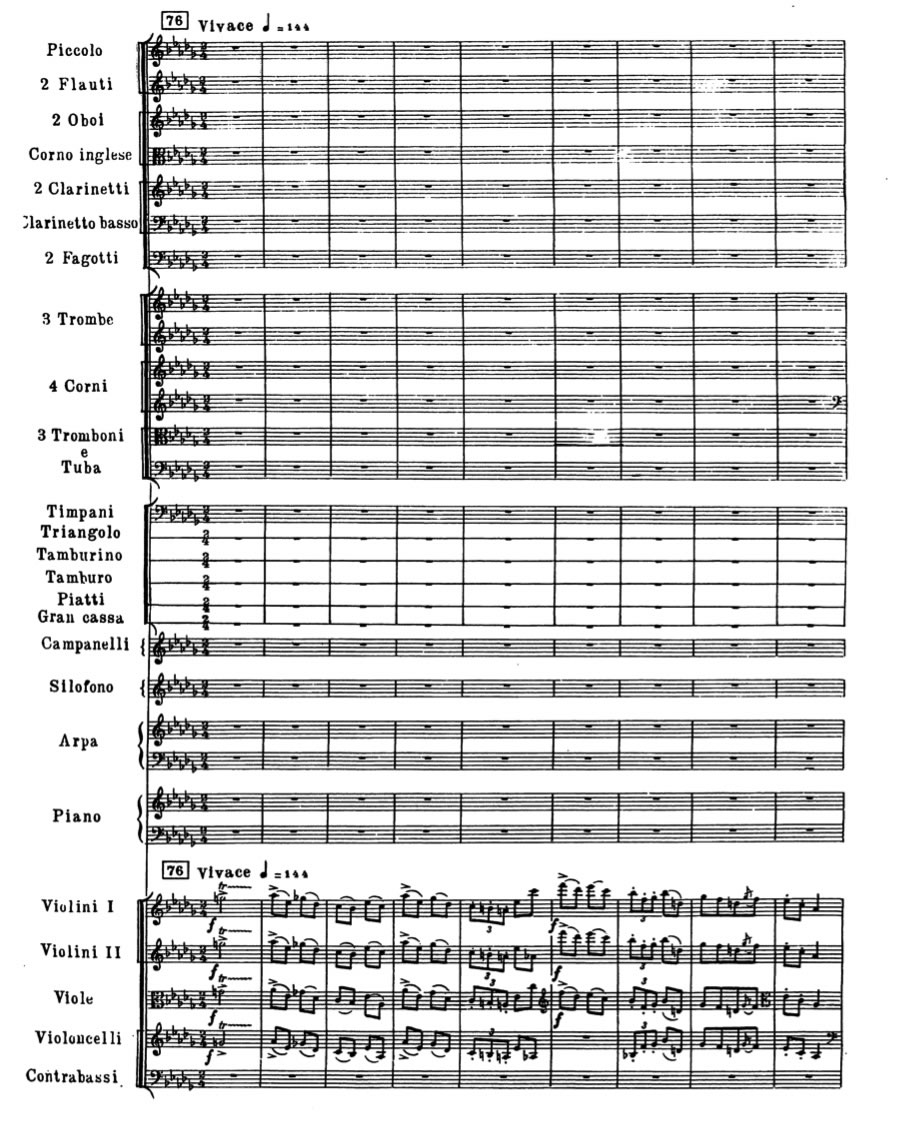 Chausson:  Symphonic poem “Viviane” – beginning
The strings should play with the same kind of vibrato, I recommend a fast vibrato with a soft pressure of the bow 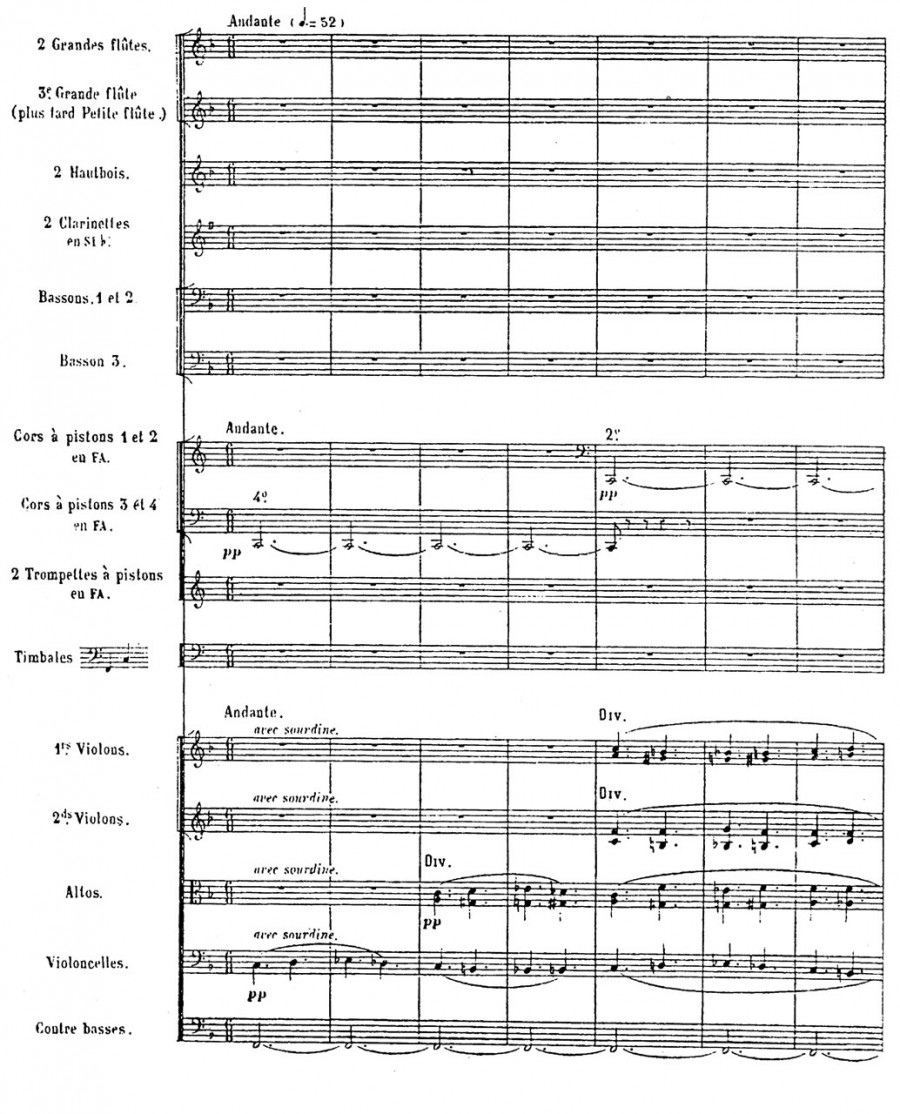 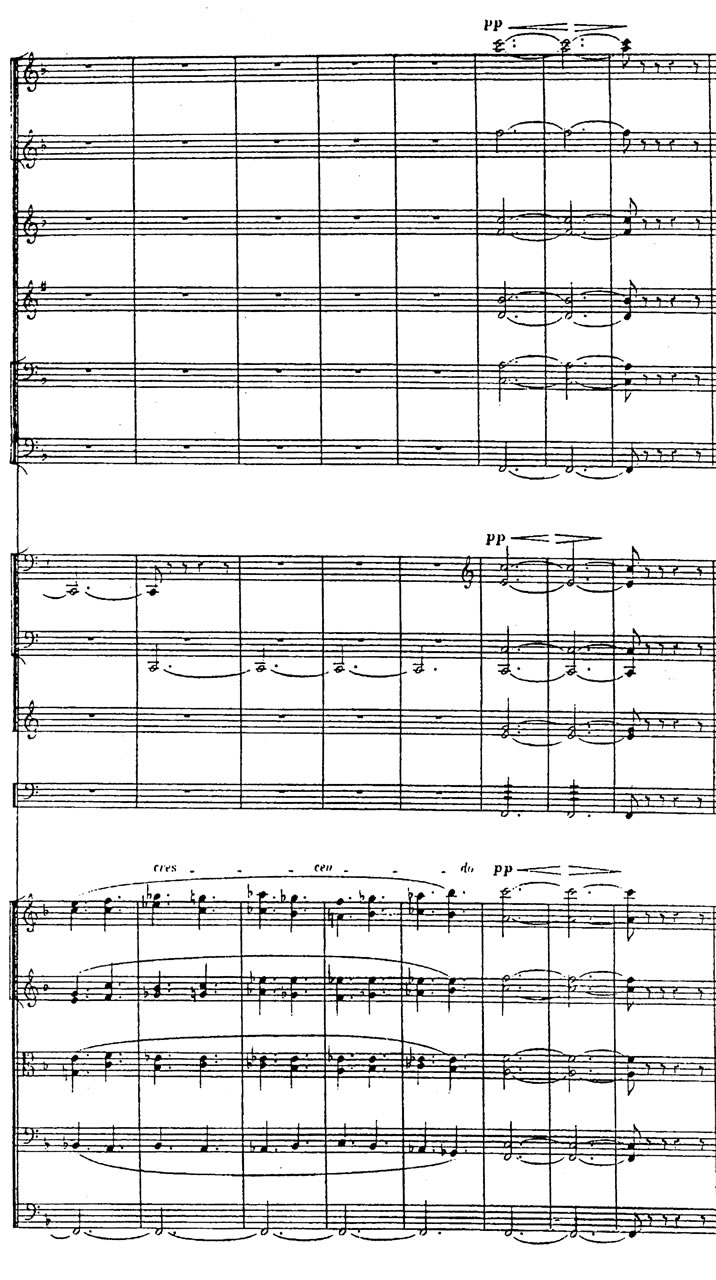 R. Strauss “Till Eulenspiegel”
- this beginning needs a very warm sound, the conductor should ask for a fast, but slightly wider vibrato 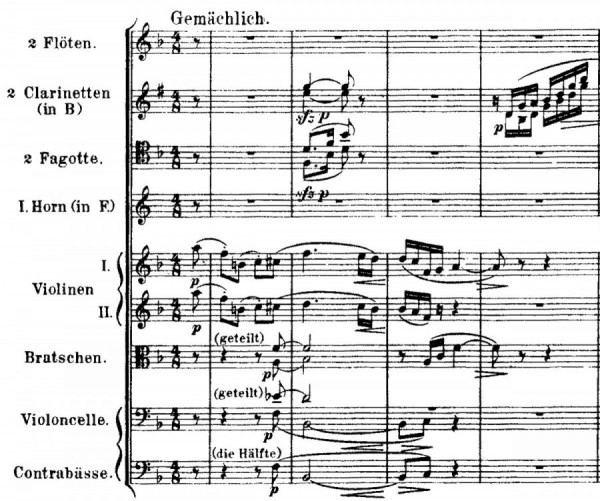 Liszt: Symphonic poem no.1 „Ce qu’on l’entend sur la montagne“ , 8 after „A“
- The violins should have the same kind of bow-playing, the violas, celli and basses should have a good articulation in the left hand.

Mendelssohn: „Athalia“ – Overture
- The accompaniment should be with little bow, and very soft, otherwise the first violins have to press the sound

Sibelius: 1st Symphony, 2nd movement, letter „O“
- The strings have to play this section with little bow without rushing. 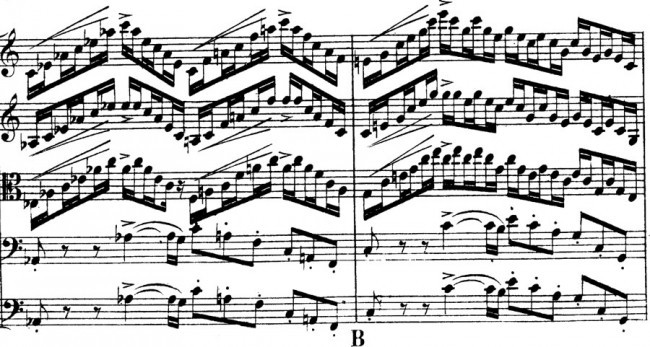 Same articulation
Mendelssohn: 4th symphony (Italian)  1st movement
- The conductor’s ear should be concentraded on the same articulation between the strings